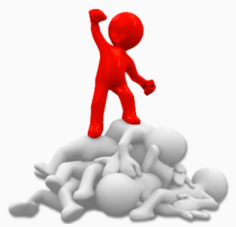 I thought Sam Storms listed some clear abuses of authority that would apply not only to church-world, but the family and the business world as well.

Proverbs 28:16 states; “That a ruler who lacks understanding is a great oppressor”. Many times these insecure alpha male/females types don’t even recognize they are oppressive leaders. They think their assertiveness and control is a sign of good leadership, but they are often unaware they are masking deep insecurity. Read Sam’s list below and see is you can identify any of these traits in yourself.

1. A man can “domineer” or “lord it over” his flock by intimidating them into doing what he wants done by holding over their heads the prospect of loss of stature and position in the church.

2. A pastor domineers whenever he threatens them with stern warnings of the discipline and judgment of God, even though there is no biblical basis for doing so.

3. A pastor domineers whenever he threatens them with public exposure of their sin should they not conform to his will and knuckle under to his plans.

4. A pastor domineers whenever he uses the sheer force of his personality to overwhelm others and coerce their submission.

5. A pastor domineers whenever he uses slick verbiage or eloquence to humiliate people into feeling ignorant or less competent than they really are.

6. A pastor domineers whenever he presents himself as super-spiritual (his views came about only as the result of extensive prayer and fasting and seeking God. How could anyone then possibly disagree with him?).

7. A pastor domineers whenever he exploits the natural tendency people have to elevate their spiritual leaders above the average Christian. That is to say, many Christians mistakenly think that a pastor is closer to God and more in tune with the divine will. The pastor often takes advantage of this false belief to expand his power and influence.

8. A pastor domineers whenever he gains a following and support against all dissenters by guaranteeing those who stand with him that they will gain from it, either by being brought into his inner circle or by some form of promotion.

9. A pastor domineers by widening the alleged gap between “clergy” and “laity.” In other words, he reinforces in them the false belief that he has a degree of access to God which they don’t.

10. Related to the former is the way some pastors will make it appear that they hold sway or power over the extent to which average lay people can experience God’s grace. He presents himself in subtle (not overt) ways as the mediator between the grace of God and the average believer. In this way he can secure their loyalty for his agenda.

11. He domineers by building into people a greater loyalty to himself than to God. Or he makes it appear that not to support him is to work at cross purposes with God.

12. He domineers by teaching that he has a gift that enables him to understand Scripture in a way they cannot. They are led to believe they cannot trust their own interpretive conclusions and must yield at all times to his.

13. He domineers by short circuiting due process, by shutting down dialogue and discussion prematurely, by not giving all concerned an opportunity to voice their opinion.

14. He domineers by establishing an inviolable barrier between himself and the sheep. He either surrounds himself with staff who insulate him from contact with the people or withdraws from the daily affairs of the church in such a way that he is unavailable and unreachable.

15. Related to the above is the practice of some in creating a governmental structure in which the senior pastor is accountable to no one, or if he is accountable it is only to a small group of very close friends and fellow elders who stand to profit personally from his tenure as pastor.

16. He domineers by viewing the people as simply a means to the achieving of his own personal ends. Ministry is reduced to exploitation. The people exist to “serve his vision” rather than he and all the people together existing to serve the vision of the entire church.

17. He domineers by making people feel unsafe and insecure should they desire to voice an objection to his proposals and policies.

18. He domineers by convincing them, ever so subtly, that their spiritual welfare is dependent on his will. To cross him is to cross God!

19. He domineers by misinterpreting and misapplying to himself the OT command: “Don’t touch God’s anointed.”

20. He domineers by building a culture of legalism rather than one of grace. People are thus motivated to embrace his authority and bow to his will based on extra biblical rules that supposedly are the criteria for true spirituality.

21. He domineers by arguing or acting as if his movements and decisions are ultimately determinative of the spiritual welfare of others (cf. 2 Cor. 1:23-25).

22. He domineers when he leads people to believe that their faith hinges (i.e., rises or falls) upon his life and decisions.

23. He domineers when he uses people as a means to his own satisfaction rather than enabling them to experience satisfaction in Christ alone. 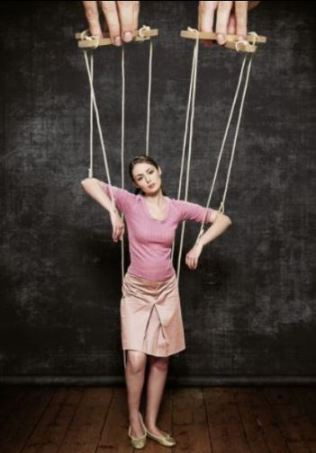 A controller can be a child, a parent, a grandparent, a spouse, a brother, a sister, a best friend, a church/ministry leader or anybody close to us. The controllers that affect us most are rarely strangers. We should remember that some of the people we are close to and respect right now might not continue to go on following the Lord at the same level we are. If you and I are not confident in the Lord, they might try to influence us to keep us in their comfort zone. They can also feel threatened by us growing in the Lord and may actually feel empowered by controlling or keeping us under their own influence.

Controllers are often obsessed with supervising the behavior of others. They are wrapped up in what others are doing in light of their own personal needs. Controllers can be very self-centered. Although outwardly they may appear confident, a person with a controlling spirit usually has low self-esteem, and many times is suffering from a spirit of rejection. This fear often causes them to try to control their environment and just about everyone in it. This is where Satan takes advantage of them by manipulating them to do his work through their own controlling behavior. In other words, demonic spirits use their behavior to get to you in an attempt to trick you out of the will of God for your life. Do you remember Peter in Matthew 16 trying to get Jesus to stop talking about the crucified like? Satan is always near when people try to control others.

We should note that all of us have some human tendency to control our environment and those close to us in some way. One minister noted that when we say “I Do” on our wedding day that even the best of us are actually saying; “I promise to manipulate you as painlessly as possible in order to get all my needs met”. That is why RKS is so necessary for every believer. Dead men have no needs for Satan to take advantage of. Remember, Jesus said that Satan had nothing “in” Him in John 14:30.

How Do They Control Others?

Emotional Control ‑ A controlling spirit may use a person who will over react or under react in order to keep their victim suspended and second-guessing how they should respond. They will use tears, anger, rage, threats, outbursts, moodiness, sulking, silence and even illness as instruments to manipulate others to do what they want. Getting and keeping the attention of others is a priority of controllers. By controlling the attention and actions of others they feel secure or that they are important and in control of their own destiny.

Spiritual Control ‑ A religious spirit in a leader will often try to control or dominate the people of God to make the believers in their ministry totally dependent on them and not the Lord. Using guilt or legalism, some leaders will keep God’s people insecure and dependant on them. True spiritual authority should make believers less dependent on them and more reliant on Jesus. Mature leaders hold all their people with open hands. Insecure leaders are often great oppressors (Proverbs 28:16). See 23 Ways Leaders can Dominate Their People.

This also happens from individuals within a ministry. Insecure Christians, in an effort to fulfill their personal needs in their life, will purposely or ignorantly pray or prophesy over people in an attempt to fulfill God’s will according to their understanding. To the young and unsuspecting Christian, these “soulish” Christians may appear loving and sincere at first. But they can mother (or smother) us so they can feel important and fulfilled. It’s difficult to recognize what they are doing at first because they appear to be so mature and concerned about our well-being. Sometimes we are just thrilled someone is taking an interest in us. See Creating Your Leader in Your Image.

Recognizing You Are Under Attack

If we desire to serve God, we can expect this demonic power will attack us at one time or another. We know we are under attack when we are suffering from depression, loss of vision and despair beyond our ability to explain. We may also experience a frequent infirmity or sickness. We can experience mental fatigue and suicidal thoughts along with fear and anxiety so thick it paralyzes us. We may also struggle with powerful and shameful, lustful thoughts. However, when we really know who we are in Christ and recognize we are being attacked, these powers will easily fall under our feet where they belong.